The Met Office annual UK Climate Report has been updated and shows some interesting statistics that may be of interest to allotmenteers: 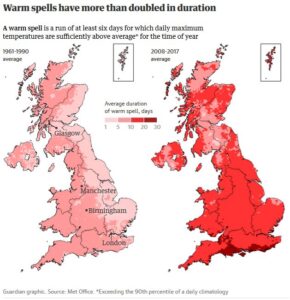